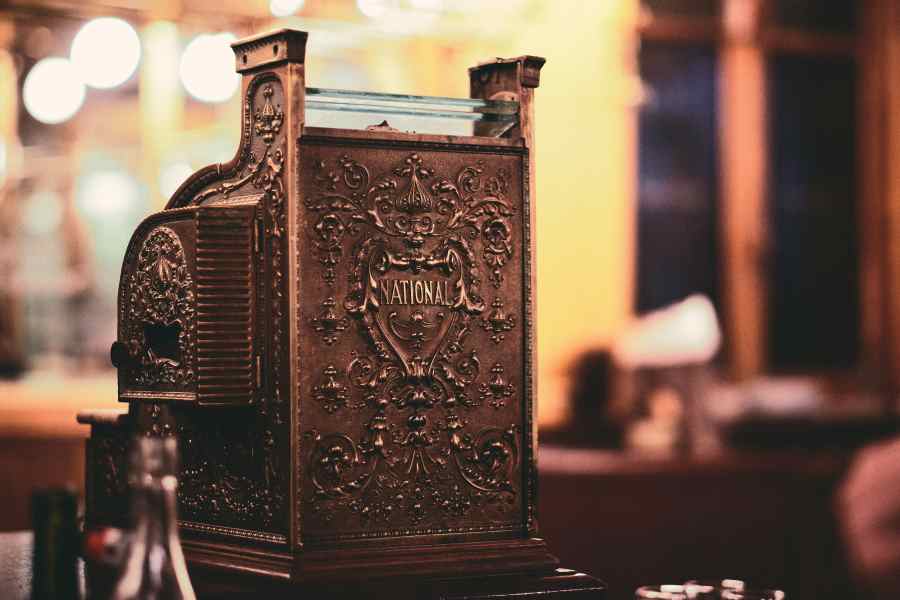 Towards the demise of checks?

Did you know that that the lines on French checks where the amount payable is written are in fact a tiny text?

Using a magnifying glass or microscope, you can see a quote from the declaration of 9 May 1950, the founding text of European integration pronounced by French Foreign Minister Robert Schuman: “L’Europe ne se fera pas d’un coup, ni dans une construction d’ensemble. Elle se fera par des réalisations concrètes, créant d’abord une solidarité de fait.” (“Europe will not be made all at once, or according to a single plan. It will be built through concrete achievements which first create a de facto solidarity.”)

You only have to imagine the font size required to print this text to glimpse the complexity involved in producing and processing checks, which have become aliens in our paperless, all-digital age!

Fintechs, you have an important role to play in modernizing our payment instruments!

Behind the apparently free service offered to consumers, checks generate significant processing costs for banks, reaching an estimated €2.5 billion annually. And this deferred means of payment remains risky for the beneficiary, given the risk of non-payment when checks bounce. Yet in 2015, checks accounted for some 2 billion transactions in France, with usage declining at half the speed of other European countries.

The check was invented by English bankers in the 18th century and introduced to France in 1865. And in our age of online banking, contactless payment and mobile money, this payment document is holding strong. So how can we get rid of it?

Our plan for replacing checks in two years

The reason checks remain in use today is because they continue to offer certain benefits. In France, it is a cultural means of payment firmly rooted in the habits of consumers, who issue 70% of the EU’s checks! They are easy to use, practical for the issuer, offer a back-up means of payment to anyone who loses a credit card, and remain a favorite for people who are slow to switch to digital.

However, there are ways to counter these benefits. Drawing inspiration from Ricardian and Keynesian economics, we can attack the check in terms of supply (the beneficiary) and demand (the account holder) to dry up the market from both the top and the bottom, while suiting the general move to digitization (a corporate social responsibility approach) and payment security (the EU payment services directive).

Invoicing checks in the same way as other forms of payment would remove one of their main benefits. This would require regulatory action, repealing the 1943 law that establishes the principle of checks being free of charge. Another method would be an incentive pricing policy by banks (dropping the price of services for non-check users, which would be compensated by a drop in processing costs). This would also enable French check users to be profiled and targeted precisely, which is currently difficult since the information is not consolidated. Finally, we recommend simplifying bank transfers. A check is a universal means of payment that does not require users to know the beneficiaries’ banking details. Access to IBANs could be simplified by apps enabling users to register details in real time on their smartphones (e.g. the SG model, which dispenses with the need to wait three days, as at other banks) and read the information in scrambled form.

The aim here is to address the main recipients of checks: freelancers, merchants and local authorities (administration and school canteens). Facilitating access to equipment for micro-enterprises through financial incentives enables these beneficiaries to offer an alternative payment method that is faster and more secure. Another benefit is time savings (no need to go to banks) and optimized cash-flow management (same-day funds).

Another approach is to limit the use of checks by law (e.g. the recent French decree requiring a bank transfer for sums exceeding €10,000 paid through solicitors). This regulatory initiative will boost the use of digital payments, especially online public-service payments, in line with the objective of reducing public spending (less time spent processing and archiving, etc.).

Apps contributing to the demise of checks

A number of applications have emerged with digital technology and the widespread use of smartphones. Compatible with Android and IOS, they can be installed and up and running in a few minutes. Here are some examples:

A pioneer of payments between individuals, Lydia now has more than 450,000 users. This app lets users pay or receive payment from contacts in their mobile phones. It is also possible to pay a merchant through a QR code generated to authorize the transaction.

This app focuses on basic features (making payments or requesting money) while developing a social network, since each transaction can be accompanied by a comment that is visible to the user’s friends. The group currently has around 100,000 subscribers, 65% of whom have already made at least one transaction and a third being active monthly users.

Flooz: why can’t payments be as easy as a tweet, Snap or text message?

Flooz claims to simplify payments between friends. The app also offers newsfeed that can be consulted by all users, gathering comments from anyone making a transaction. The start-up currently has 40,000 users.

The main difficulty these apps are encountering to truly take off remains widespread use. To successfully replace checks, they need to convince consumers and become a new payment habit. Yet only 4 in 10 French users say they intend to use them!